Recognition of a “Jewish State” Unfair and Unrealistic

Once again, an issue with one purpose – to make a peace agreement completely impossible – comes to the fore.

Israeli Prime Minister Benjamin Netanyahu has repeated his demand that the Palestinians recognize Israel as a “Jewish state” as a sine qua non for a deal to end the occupation. 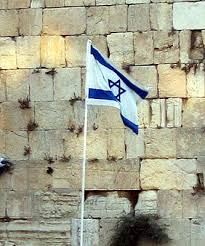 I’ve written about this several times in the past. Here’s a bit of what I wrote in April, 2009:

Of course most Israeli Jews cherish the state’s Jewish identity, and that trait is of possibly even greater importance to the state’s Diaspora supporters. But as far as affirmation from others, well…actually, Abba Eban put it best: “Nobody does Israel any service by proclaiming its ‘right to exist.’ Israel’s right to exist, like that of the United States, Saudi Arabia and 152 other states, is axiomatic and unreserved. Israel’s legitimacy is not suspended in midair awaiting acknowledgement….There is certainly no other state, big or small, young or old, that would consider mere recognition of its ‘right to exist’ a favor, or a negotiable concession.”

This silliness first came up in a serious way under Ehud Olmert, who realized that the tired and untrue mantra that the Palestinians had never recognized Israel was wearing thin. So, he came up with this new twist and it was first prominently demanded at the Annapolis Conference. Here’s some of what I wrote back then:

Israel’s insistence that its right to exist be recognized in fact undermines the very goal that insistence seeks to achieve. This is a different matter from recognizing Israel’s sovereignty, a diplomatic formality that is very important for international relations. That is what Israel needs, not recognition of its “right” to exist. And Israel can best achieve that end by ending its dispute with the Palestinians and finally demarcating clear borders so that Israel is a clearly defined entity in the international arena. Put simply, Israel needs its sovereignty recognized in the same manner as sovereignty is recognized for most of the rest of the world’s states.

This whole “right to exist” issue is ephemeral. But even more so, the “right to exist as a Jewish state” is so obviously flawed that any critical examination of the claim cannot come to anything but a cynical conclusion.

We can start with asking what is meant by “Jewish state.” Clearly, Israel continues to have a secular majority so a state run by halakha has no consensus there. Does it mean a state where Jews are privileged by law over non-Jews? For some, perhaps, but that is as anti-democratic as an idea can be, and it is the very contention people use to claim that a Jewish state cannot be democratic and to claim that the situation of Arabs in particular in Israel demonstrates it.

So, does it mean nothing more than the Law of Return, which grants all Jews around the world the opportunity to become Israeli citizens? Doubtful, since it seems to mean more than that to just about every Israeli Jew.

And who makes this decision? Is it only the Jews of Israel or do all of the state’s citizens have a say in this, as democracy, human rights and basic decency demands? And, if so, what does that imply for the Jewish state?

So, what exactly is it that the Palestinians are being asked to acknowledge?

The PA sees two things. One is that the recognition being demanded de facto nullifies the Palestinian refugees’ claim of right of return. The PA may understand that there is never going to be any significant return of refugees to any lands they fled/were expelled from in 1948, but they cannot possibly simply give away the claim. They can only do that by getting an agreement from Israel that, while acknowledging no actual return to Israel proper, includes Israel’s acknowledgment of its historical responsibility and compensation for refugees (other countries can and should come together on compensation, as a strong case can be made that Britain, the US, the old League of Nations and the UN all have some responsibility here).

That is certainly one reason the Netanyahu government is insisting on recognition of Israel as a Jewish state: to take the refugee question completely off the table before having to deal with it, if the demand itself doesn’t scuttle negotiations.

The second thing the PA sees is that if they agree to this demand, it is easily read as agreeing that Israel has a right to discriminate against its non-Jewish, especially Arab, minority. This is not just a reason for the PA to oppose this demand, but for everyone to do so, especially Israelis themselves—at least that majority (I believe) of Israelis who continue to cherish real democracy, not just democracy for Jews.

This demand of recognition of Israel as a Jewish state is obviously unacceptable to Palestinians, but it should also be unacceptable to Israelis. Is the nature of Israel to be decided by other countries? I should think most Israelis would intensely object to such an idea, just as people of any country would.

And that’s the next reason Israelis should object to this. The point of Zionism was to create a state for the Jews which would be a “state like any other.” Well, any other state does not demand its nature be “recognized” by anyone else. France does not demand that it be recognized as anything other than the sovereign state of France. The nature of that state is determined internally. Even much more ethnic-nationalist states, like those in the Balkans, define themselves as they decide, not by the sufferance of any other country or international body.

So, Israel is asking to be treated as a special case, as a special state, not one “like any other.” That is antithetical to the Zionist goal, and it is impractical. Israel, which has a strong economy and military, is no longer seen in the world as the tiny and vulnerable state it once was. Events of the past two years show pretty clearly that the rest of the world is tired of Israeli exceptionalism and expects Israel to be a state like any other, and to act like a state like any other.

Unfortunately, every time Bibi has issued this demand, it has been greeted with objections from the PA and silence from everyone else. The demand is antithetical to peace and very bad for Israel. It should be opposed vociferously. One hopes the silence on the issue from the Obama Administration indicates they intend to try to back Israel off this foolishness. If there is to be any hope, they’re going to have to.

13 People reacted on this